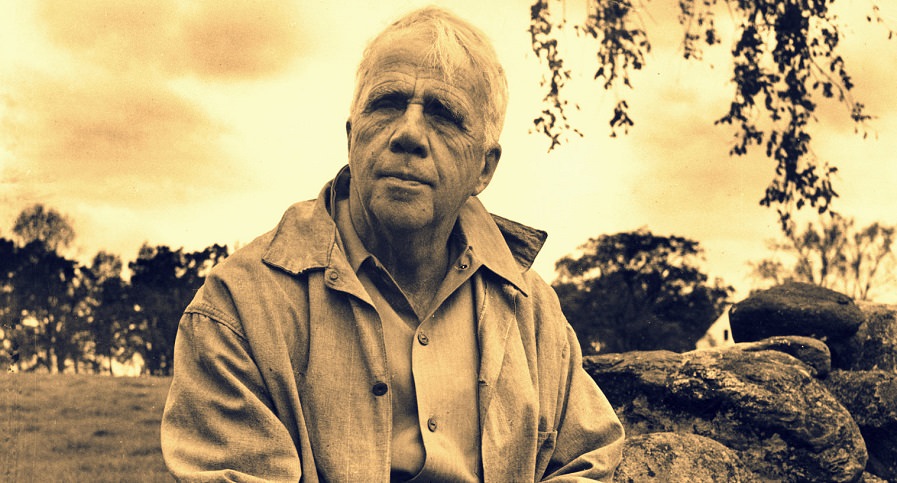 Robert Frost is a celebrated American poet. He had a great mastery of American colloquial speech and made realistic depictions of the early rural life. His great work in poetry mostly included settings from the rural life in New England in early 20th century. He used poems to examine complex philosophical and social themes. During his life, individuals honored and at many times quoted him due to his work and he also received four Pulitzer prizes.

He was born and raised in San Francisco, California to Isabelle Moodie and journalist William Prescott. His mother was a Scottish and his father came from the lineage of Frost of Tiverton, England who had traveled all the way to New Hampshire in early 1634.

Frost's father was an editor of San Francisco evening Bulleting, but adopted this career after leaving his earlier teaching career. The newspaper later merged into San Francisco examiner. After his father's death, his family moved to Lawrence, Massachusetts. He graduated from the Lawrence High School in the year 1892.

In spite of his association with the early rural life, he grew up in the city and managed to publish his first poem while in high school in the schools magazine. After high school, he attended the Dartmouth College. After college he returned to his home town and started teaching and also did other work including newspaper delivery and manual labor some major factories. However, he never enjoyed any of the jobs as he felt his great calling as a poet.

He managed to sell his first poem in the year 1894, My Butterfly: An Elegy which appeared in the New York Independent in November 8, 1894 edition. He earned fifteen dollars from the sale. Frost went on a pleasure trip to Great Dismal Swamp in Virginia where he married Elinor Mirriam at the Harvard University where he studies arts for a two year period.

At Harvard University he did well but he decided to leave to support his growing family. His grandfather had earlier died although he had purchased a farm in Derry, New Hampshire. Frost worked in the farm for 9 years. Meanwhile, he used the morning hours to write poems some of which turned out to be very popular. Afterwards his farming work was unsuccessful and therefore he chose to return to his earlier teaching career. He taught at Plymouth Academy between 1906 and 1911 and then at New Hampshire Normal school in Plymouth - now Plymouth State University.

In the year 1912 frost and his entire family moved to Great Britain where at first they lived in Beaconsfield near London. In the following year he had his first poetry book, A Boy's Will, published. In England he managed to make several acquaintances like Edward Thomas, Ezra pound and T.E Hulme Pound later became the first American to write a favorable review about Frosts poetry work. While in England, Frost managed to write some of the best works alongside his peers.

Frost went back to America in 1915 at the onset of the First World War. He managed to purchase a farm in Franconia, New Hampshire where he launched his career of teaching, writing and lecturing. The homestead served as his summer home until the year 1938. The homestead is maintained as 'The Frost Place', a poetry conference site and a museum and in Francisco. Frost taught English at Amherst College, Massachusetts in 1916-1920, 1923-1924 and in 1927-1938 where he particularly encouraged his students to account for human voice sounds in their writing.

From 1921 to 1963, he spent almost every summer teaching English at the Bread Loaf School of English in Middlebury College. The school recognizes him as a major influence for its development and its writing programs. Therefore, the college owns and also maintains his former homestead as a historic site near the college.

In the year 1921, University Of Michigan awarded him a fellowship teaching post and he remained there until 1927. While In University of Michigan, the university granted him a lifetime appointment as a Fellow in Letter. He later returned to Amherst in the year 1927. In 1940 he purchased a farm in South Miami, Florida which he named as Pencil Pines. This is where he spent all his winters in the years that followed.

He spoke and performed a reading of his poetry work in the inauguration of Former American president John F Kennedy in 1961 when he was 86 years. He died in January 20 1963 following complications from a prostate surgery.

His poems are reviewed in the "Anthology of Modern American Poetry", oxford university press. You can find one of Frost's original materials in which he personally contributed in Jones Library in Amherst. The collections consist of over twelve thousands pieces which include original letters and manuscript poems, photographs, and correspondence, audio and visual files.

His accomplishment in poetry

His first two collections publications happened while he was in England. One of the first collections 'A Boy's Will' published in the year 1915 shows a sign of the many themes and techniques that Frost developed further. Most of the poems in the collection employ an archaic, Victorian fashion. In this collection, he never applies the conversational style which he highly uses in his later works. Most poetry reviewers including Ezra Pound reviewed the work positively. His second collection, 'North Boston' cemented his reputation in both America and England as a poet with significant talent.

His poem, The Road Not Taken, published in the year 1961 'Mountain Interval Collection' became one of the anthologized and popular works in the Americas literature although critics complain that people misunderstood it. The poem is taken as a celebration of individuality when its most likely interpretation is regretful work.

'New Hampshire' published in the year 1924 confirmed Frosts as one of the significant poetic voices of the 20TH century. He won a Pulitzer Prize for the collection. The collection contains his most popular poem, Stopping by Woods on a Snowy Evening. Frost claimed of having written the poem after working for another poem for a whole night. The poem uses imagery of a snowbound forest and a long journey to creating a metaphor of an individual struggling against nature.